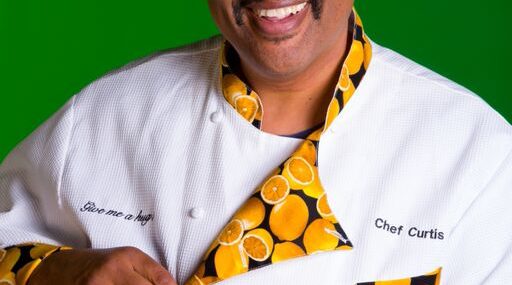 The grape was introduced to California by Spanish padres as they opened missions throughout the west. However, by no means was this the first introduction of the fruit to America. In fact, hundreds of years before Columbus found America, the Viking sailors crossed the Great North Sea and visited what is now the New England coastline. They were amazed to see the abundance of native grape vines, so they called the area “Vinland.” – The grape is believed to be the first fruit cultivated by human beings, an association that is well docume-nted throughout the Bible. According to the book of Genesis, one of the first things that Noah did after  the Flood was to plant a vineyard.  The grape has been around so long and seems to be native to so

many lands that its exact origin remains unknown.   There are literally hundreds of varieties of this        ancient fruit: two native American grapes are the ​ Northern Fox ​ and the ​ Muscadine ​ (this one is still enjoyed in the southern United States). These are considered the parents of today’s

commercially grown native grapes: the ​ Niagara, ​ the ​ Delaware, and the most popular of the domestic grapes, the ​ Concord. ​ These varieties, for the most part, are used for eating out of hand. They have thick skins and seeds.   The vineyards planted by the padres are direct descendants of the Old-World grapes described in the Bible. They have thinner skins and an overall sweeter flavor.  Some of today’s table grapes include the ​ Perlite, a small green seedless grape with a somewhat thick skin. It grows in a tight cluster and has a nice sweet flavor.

Today’s most popular grape is the ​ Thompson Seedless. ​ This large, green grape is sometimes as long as one inch. When you see this seedless grape with a rich

yellow color, that indicates the sugar levels are their highest.   Another grape is the ​ Flame Seedless. ​ Many think this red seedless will surpass the Thompson in popularity, but I don’t think so. It has beautiful color and a wonderful sweet flavor, but it’s just not as juicy as the Thompson. If any grape can become more popular than the Thompson, I think it will be the ​ Exotic. ​ The Exotic is a black seedless grape that is a little smaller than the Thompson, but it is just as sweet and juicy. As soon as farmers catch on, watch out, Thompson! This grape adds beauty to any fruit arrangement.   The forerunner to the Exotic is the Ribier . This black grape is surpassed by none as far as flavor is concerned, but most consumers want seedless grapes, and the Ribier has three large pits.   There are many other grapes you should also try. For instance, the ​ Queen​ is a red grape that is sweet, firm, and crisp to bite.

The ​ Tokay ​ is sure to be a hit in the nineties­­ it’s red counterpart to the Perlette. The ​ Italia ​ is large, sweet, and juicy, with a muscat flavor. Another grape that should become quite popular in the next few years is  the ​ Black Corinth, ​ more commonly known as the “Champagne Grape” because of its  tiny size, like the bubbles of its namesake. The flavor is outstanding.   Grapes are available year­round. Domestic crops start in late May and wind down in January. During the off months, the bulk of the imports comes in from Chile, with a smaller amount arriving from Mexico. When shopping for grapes, remember that freshness is key: the fruit should cling firmly to the stem; it should not shake loose easily. The stem should be green with no indication of drying, which is a sign of age.  The fruit will keep up to a week in your refrigerator but should be consumed within three days if possible.   Grapes aren’t known for their nutritional value, but they do contain some of vitamins A and C.